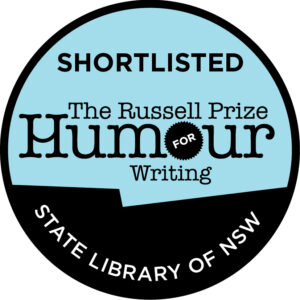 It’s a day of fanciness here at Burger Force HQ. Because Burger Force Volume 4 has been shortlisted for the 2021 Russell Prize for Humour Writing. It’s in darn fine company, too!

And the judges … as if being shortlisted wasn’t fancy enough. Just LOOK at these comments (or maybe read them):

Burger Force 4 is part of a comic series that celebrates and exposes crimes against pop culture. The series features the Burger Force team and outlier Mercury, who operate as undercover agents from a burger restaurant. Episode 4, ‘Punishment’, focuses on the investigation of Mr Twister, a failed stand-up comedian, who is murdering his hecklers. He is the source of much of the ‘dead funny’ humour, leaving his victims in contorted positions that represent bad puns such as ‘dead on time’ and ‘highly strung’. Jackie Ryan’s storytelling is sharp and sophisticated, with several perspectives intercut into the main narrative through words and visual panels. The characters are given verisimilitude through their stances, body language and facial expressions. Characters and settings are expertly digitally and manually altered versions of real people and places. The cutting humour and quality of the writing and graphics warrant its inclusion in the shortlist. 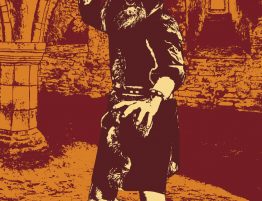 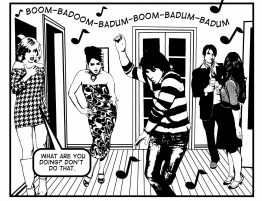 Issue 1 of Burger Force is ready for reading online – for free! Super-size thanks… 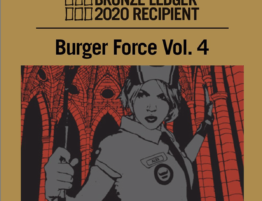 Just declassified: Burger Force Vol. 4 has been awarded a Bronze Ledger for Excellence in… 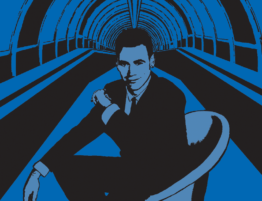 Just when you thought 2020 couldn’t get any better (?!) along comes the next collected… 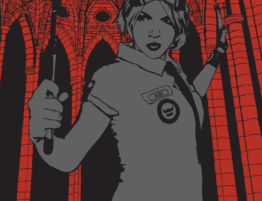 Volume 4 of Burger Force is a real killer. As Mercury and the gang look into… 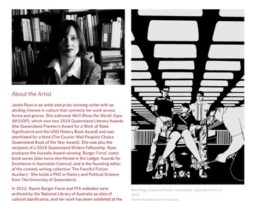 A piece of Burger Force art (‘Nerd Rage’, pictured) has been selected for the fancy… 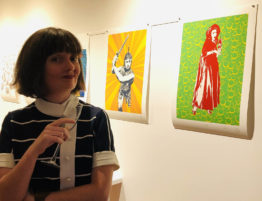 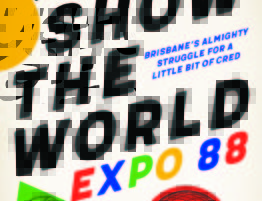